A Short History of Deal & Walmer

Deal & Walmer have a long history. They have been occupied since the earliest of times and now they spill almost seamlessly one into the other. It wasn’t until 1936 that Deal and Walmer were actually unified.

Walmer has the honour of being the traditional landing place of Caesar in 55 BC. So this is perhaps the earliest significant date in the town’s history.  A memorial plaque on Walmer seafront marks the supposed spot of this first landing.

The area of Walmer must have had some occupation during this time but it is not mentioned in the Domesday Book.

The Old Parish Church of St. Mary’s, officially known as The Blessed Virgin Mary Church, was founded sometime around 1120 and is thought to have been built by the Auberville family as a private chapel. They also founded the adjoining Langdon Abbey and gave St Mary’s to them in whose ownership it remained until the dissolution when Henry V111 granted it to the Archbishop of Canterbury. 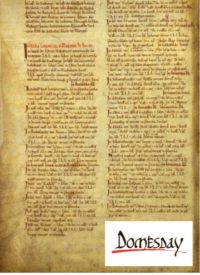 Deal is named as Addelam in the Domesday Book and among the holdings of the Canons of St. Martin’s Priory, Dover.

Eventually, three ‘Manors’ sprang from these holdings. The Manors of Court Ash and Deal Prebend were held by St. Martin’s Priory, Dover until the dissolution when it was given, by Henry V111, to the Archbishop of Canterbury. The Manor of Chamberlains Fee was held by Augustine’s Abbey, Canterbury and after the dissolution, it remained in the hands of the crown until Elizabeth 1 gave it to John of Tenterden.

Up until this time Deal was mainly an agricultural village centred around the Parish Church of St. Leonard’s which was built in around 1180. It wasn’t until the 16th century that Lower Deal began to emerge.

When Henry broke with Rome there were fears of invasion and so he ordered the building of Sandown, Deal and Walmer Castles. 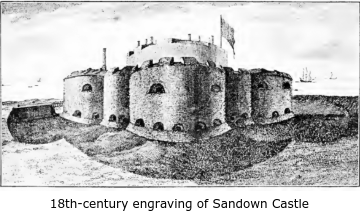 Strong currents in the channel, causing an eastward drift, deposited vast quantities of shingle building up a bank from the end of the cliffs near Walmer and along towards Sandwich. This bank became higher on the seaward side and sloping on the landside, forming what was to become known as the ‘Sea Valley’. It is here and on the shingle bank itself, that the ‘New Town of Deale’ would eventually be established.

By the sixteenth century, the shingle bank had consolidated enough to build on and Upper Deal’s inhabitants began to capitalise on the needs of the ships in the Downs

They began supplying them with fresh water, food, pilotage and other shipping services. Being close to the shore was, therefore, an advantage. So, as this trade grew, they built wooden stores and eventually tenements on the shingle. Becoming known as ‘squatters’  for a time there was not much notice was taken of them.

But as the area they were ‘squatting’ on was between Sandown and Deal Castles the military officers began to object. They felt that the buildings could give shelter to a ‘foreign enemy’ and efforts were made to prevent new buildings being erected, though without much success.  This area was then known as the ‘waste’.

As the settlement grew the Archbishop of Canterbury began to assert his rights over the ‘waste’ causing further disputes.

During the Commonwealth period, the Archbishopric was vacant. But following the restoration, and yet more disputes, the position of the Archbishop, and the other landholders were by 1694 finally settled and the practise of granting leases for twenty-one years, renewable every seven, continued.

The ‘New Town of Deale’ was now firmly established.

Deal for centuries had been a limb of Sandwich and was dependent on the Justices of that town for matters of law and order. Deal could not hold its own markets, so the townspeople had to travel the five miles there and back for there provisions. There were other grievances that eventually led to a meeting being held in the vestry of St. Leonard’s in December 1698. It was decided here to obtain a Charter of Incorporation for the town of Deal.

So it was in October 1699 that William III granted the town of Deal it’s Charter of Incorporation.

Some of our research starts here in about 1699 most though focuses on the late Georgian to the mid-Victorian eras.