Benjamin was one of six children born to Benjamin Ralph sen. and Sarah Lacy. They had married in her parish church of  St. Nicholas in Ash Next Sandwich then settled in Staple where most of their children were born, including Benjamin jnr., who married Elizabeth Simmons in Staple’s St. James’ Church on January 17th, 1799, two weeks later their son John was baptised there. However, John  wasn’t their first child as James Ralph Simmons had been born illegitimately in 1796. 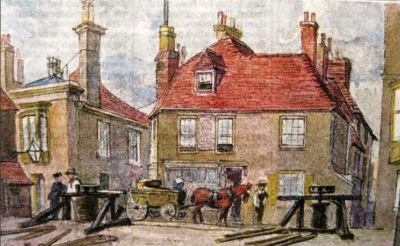 Deal’s parish rates assessment shows us that Benjamin was residing at, and paying the parish rates for, the Yarmouth Packet Inn on Beach Street from 1804. His two children born in 1805 and 1806 though, were baptised in Staple and as Henry Knight, who was born in Deal in 1818, was also buried there in 1826, it seems that the family continued to have a connection with their home village. We know from the baptism records of the last four children, born between 1813 and 1820, that Benjamin was indeed a Victualler on Beach Street and we also know, from a letter written by Benjamin to Mr. Cobb, a Margate brewer and owner of the Yarmouth Packet, that he was definitely there in February 1820.

In this letter he is expressing his concerns about his business that is in such “…stagnation that I find it impossible to live….” and he asks if the Acorn Public House in Birchington is to be let.

No reply to this letter has been found, but it seems as if Benjamin didn’t move on as we know from the church cess and census of 1821 that he was still there and according to ‘The Old Pubs of Deal and Walmer’ that Benjamin was the Landlord until 1832. 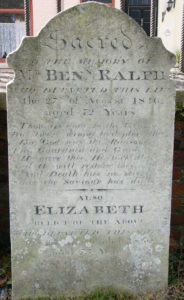 He gave up the Yarmouth Packet sometime before 1840 moving to Middle Street which is where we find him on the 1841 census. He died in 1846 and Elizabeth four years later sadly, after a long and painful illness. They are buried together in St. George’s Church-Yard.

Sacred to the memory of Mr BENn RALPH who departed this life the 27th of August, 1846
Aged 72 years
Thou art gone to the grave But we’re wrong to deplore thee For God was thy Ransom
Thy Guardian and Guide He gave thee He took thee And Death
has no sting Since the servant has died.
Also ELIZABETH relict of the above who departed this life the 23rd of October, 1850
Aged 73 years

“The Effects of Drunkenness”

This research was actually prompted by a flyer found in the Deal Maritime and Local History Museum’s Archive that once belonged to Benjamin Ralph.

On the reverse, of the flyer, it states “Thomas Ralph a relic of his father who died in the autumn of 1846 to be preserved and studied”  Underneath someone else has written that “T R received this from his father who was born in 1772.” This fits with Benjamin Ralph who was indeed born in 1772 and died in 1846. Following that, it says, “he received it in his turn from his father…..” this bit confused us as it appears to say that Benjamin received the flyer from his father but as the next bit says “… who kept the Yarmouth Packet Inn” we know this couldn’t be right. But at the top right of the page it says “Given to LHS by T Ralph son of T Ralph” so this must mean that  Benjamin gave the flyer to his son, Thomas, who in turn gave it to his own son, also named Thomas, who then donated it to the LHS (probably Local History Society). 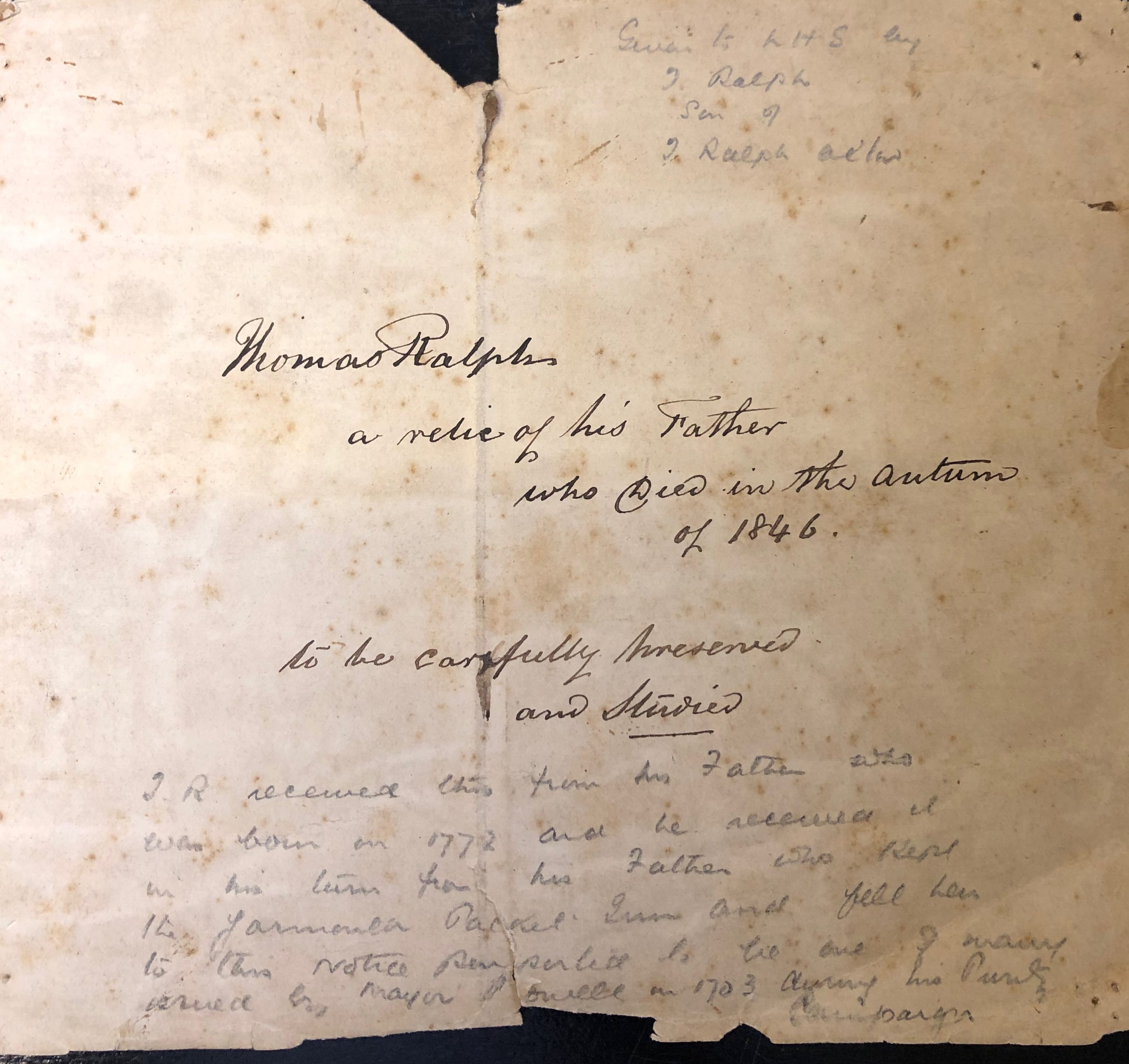 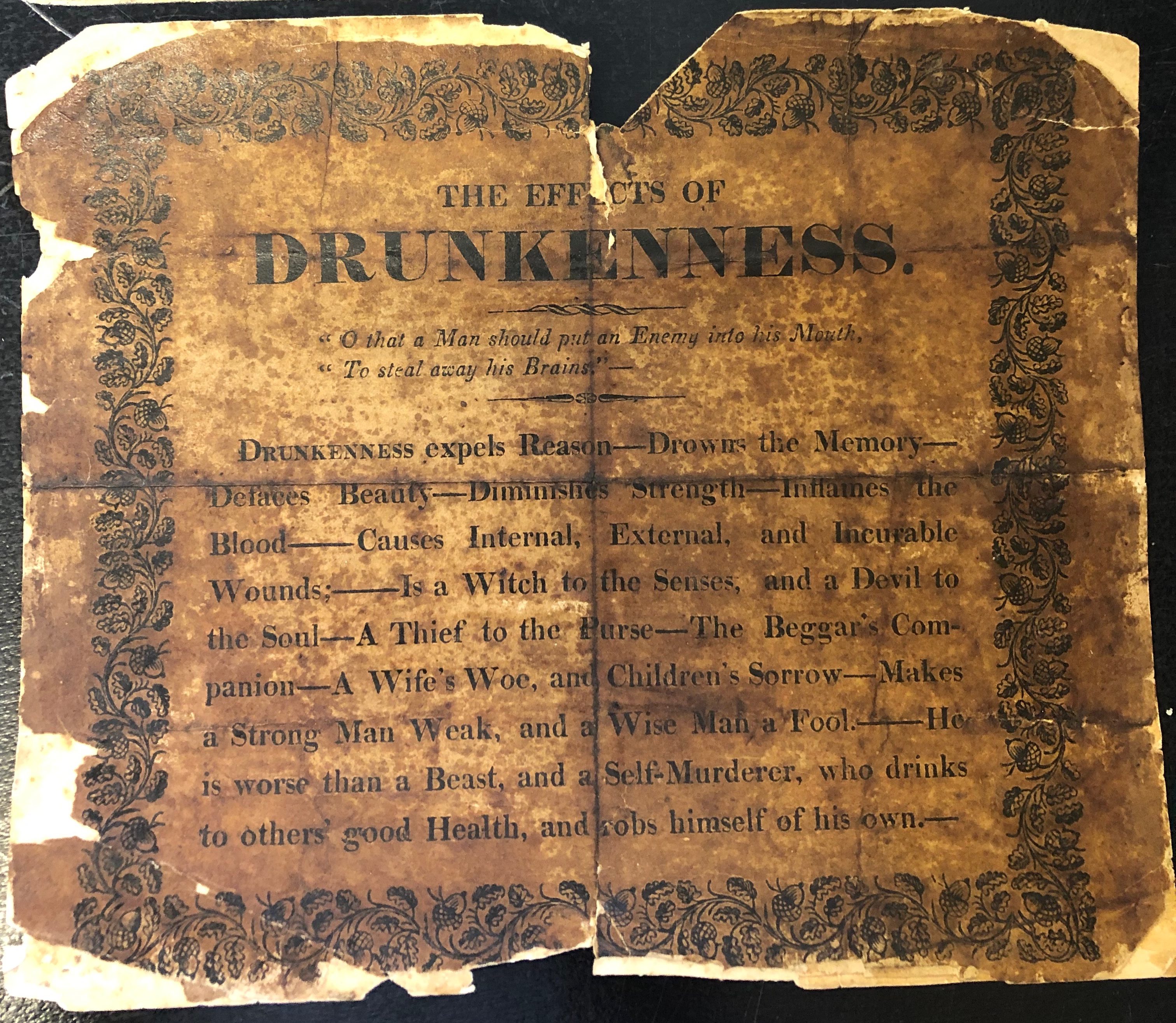 used with permission of DM&LHM

The last section, of the flyer, reads “the notice purported to be one of many issued by Mayor Powell in 1703.” As the earliest documented date that we can find for this verse 1822 and another calls it “a nineteenth-century diatribe” the link with Mayor Powell is almost certainly wrong. 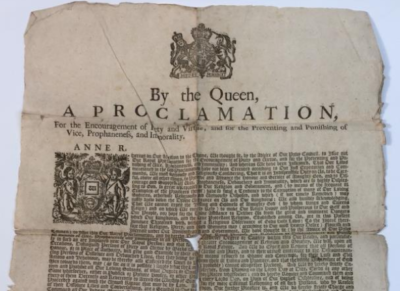 Mayor Powell according to parts of his diary reproduced in Stephen Pritchards ‘History of Deal’, did send he says “… to London to my bookseller, to send me down several dozen of  Her Majesty Queen Anne’s proclamation, which I caused to be fixed up in all public-houses….”

Maybe the proclamation, with the memory of Mayor Thomas Powell’s seemingly dictatorial character and his overzealous adherence in keeping the Sabbath, has just become muddled and attached to this flyer by ‘family’ or ‘folklore.’

Nonetheless, these errors are part of the story of the flyer and along with the letter, held at the Kent History and Library Centre, they add some ‘colour’ to the story of the Ralph family as well as being a small piece of Deal’s history too.

Her Majesty Queen Anne’s proclamation 25 February 1702.
For the Encouragement of Piety and Virtue, and for the Preventing and Punishing of Vice, Prophanenities, and Immorality. The proclamation extorted the British public against sexually explicit or ‘loose’ material and called for its scathing suppression.