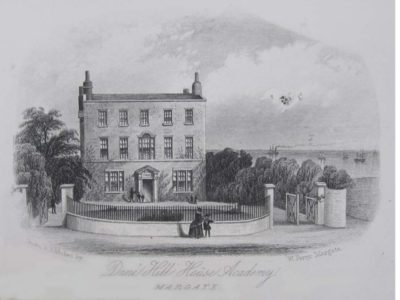 Margate
Charles boarded at Dane Hill House School, in Margate and on completion of his studies he returned home to his parents at 148 Romford Road, West Ham. By 1881 he had found employment as a Merchant’s Clerk but we don’t know where.
When his father died, four years later in 1885, he left a total of £18,964 12s & 1d. Which today is about one and quarter million pounds!

The following year Charles married Aimee Alice Darke setting up home at 53 Birdhouse Rise in Croydon. By the 1891 census and still living in Croydon we found that he has followed in his father’s footsteps and has become a Brewer’s Agent.

A year later in 1892 Charles appears on the Eastry electoral roll so they must have moved to the Deal area just after the 1891 census was taken.
Then in 1903 he is an eye witness to a boating fatality off Deal.

Charles in 1909, was a member of the sub-committee for the ‘Kent and Essex Sea Fisheries’ looking at claims of fish depletion by inshore power-driven trawlers. The committee’s findings subsequently brought about a bye-law prohibiting steam or power-driven trawlers within the three-mile limit from Harwich to Dungeness.

The 1911 census tells us that  Charles and Aimee lived in a house named Eversley on Cowper Road. No occupation is recorded for him there but their daughter Mary is a teacher and son Brian is a Farm Pupil. Charles Leonard the eldest son was, at that time, in India serving in the army. Marjorie, their eldest daughter, we are unable to find on any 1911 census records. 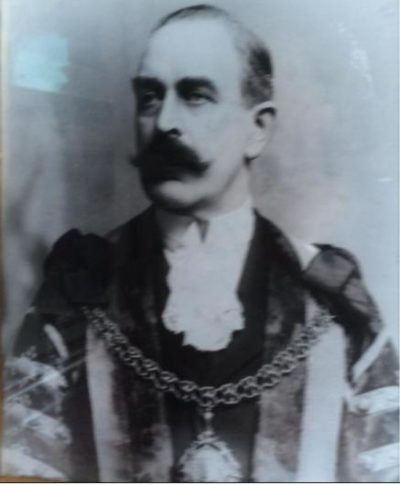 On November 11th 1913 Councillor Charles Hussey was elected Mayor of Deal. With war being declared the following year on the 4 August 1914 his last few months as Mayor were to prove both busy and unique. Following the declaration of war one of the first actions that he took was to issue a notice saying there was no reason to panic or to hoard food.

Here in Deal, as across the country,  recruitment was on everyone’s mind so on the 13th August an open-air meeting was held in South Street at which a reported two to three thousand people attended. This was the first act of recruitment in Deal and was presided over by Mayor Hussey. On this occasion, 37 men immediately volunteered for service.

In December another public meeting again presided over by the Mayor was held at the Town Hall. This was to lead to the formation of the ‘Deal and Walmer District Volunteer Training Corp’. They were soon assigned Royal Marine instructors who also lent the corp. rifles to drill and to train with.

Arrested as a Spy

Fears of German spies were very real at the time. So much so that even Mayor Hussey was arrested as a spy while walking on the cliffs at Dover.

With the fall of Antwerp, thousands of refugees from Belgium sort refuge in the South and South-Eastern ports including Folkestone.  Realising that, with so many refugees arriving on a daily basis, they couldn’t all be cared for in the ports of arrival Mayor Hussey started visiting Deal’s lodging and boarding houses and properties for rent so creating a book of available addresses for the purpose of housing refugees. 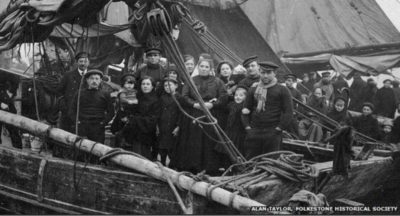 On the 8th of October, thousands of refugees arrived in Folkestone. Armed with his address book he visited the ‘Folkestone Refugees Relief Committee’ and a decision was made to send families to Deal. A few days later he received a phone call from them saying “ For God’s sake come & help us; we are overwhelmed”.

The Drill Hall in Hope Road was then taken over and used as a reception centre for the refugees.

Mayor and Mayoress Hussey and several other ladies worked tirelessly to provide whatever assistance they could for the approximate 1,200 to 1,500 refugees that eventually came through the town.

Following a meeting, at the Town Hall the ‘Deal and Walmer Refugee Committee’ was formed on October 21st. This committee along with the town’s Patriots League provided support and advice to the Belgian refugees in need. The help given by Mayor Hussey, the committees and the town’s people of Deal & Walmer was recognised by the Belgians and recorded in a speech of thanks given in 1915. By that time there were about 165 Belgians remaining in the town who stayed here until their repatriation at the end of the war.

In November 1914 Charles Hussey’s term of office came to an end and saw William Henry Redsull elected as Mayor.

Marjorie their eldest daughter qualified in 1921 as a midwife in Bournemouth which may explain why in 1918 we find Charles and Aimee on the 1918 Electoral register living in 18 Grand Avenue, Bournmouth.

Then in September 1920 Charles died, aged 61. Regrettably,  the story of the help he gave Belgian Refugees during WW1 is all but forgotten.

Sources and further reading:
History of Deal 1914-1953 by E. C. Pain
1914-1915 Our Stay in Deal & Walmer   Anon.
Newspaper image © The British Library Board. All rights reserved.
With thanks to The British Newspaper Archive (www.britishnewspaperarchive.co.uk)