Of course Ryder denied all these claims and his responses are also found in the third news-sheet. Also titled Mr. Rider’s Case it says that Warner knew of Ryder’s right and without consulting him began work, that the Archbishop did not then know of Ryder’s Title but is now willing to leave the decisions to Parliament. It goes on to give some details of Ryder’s opinion of how Warner proposed to provide the town with water.

It states that Warner was digging wells, one of which was very near to Tobias Bowles’ and that the water in it was ‘brackish’ Warner it says had purchased and was storing bored Fir pipes  which he says “…Confirms the Ignorance of those employed in that Undertaking , for they crack and become useless…if not laid in time…” . George Sorocolds and a Mr. Ayres went  down to Deal  to view the work on their engine and stated that Warner’s work had by this time come to a halt and no engine was being prepared for it.
Feelings were obviously running high as the last paragraph questions the fact that Warner had stated he had spent £1,600 “…for which nothing but a Well that may be done for fifty Pounds, and some useless Fir Pipes…” 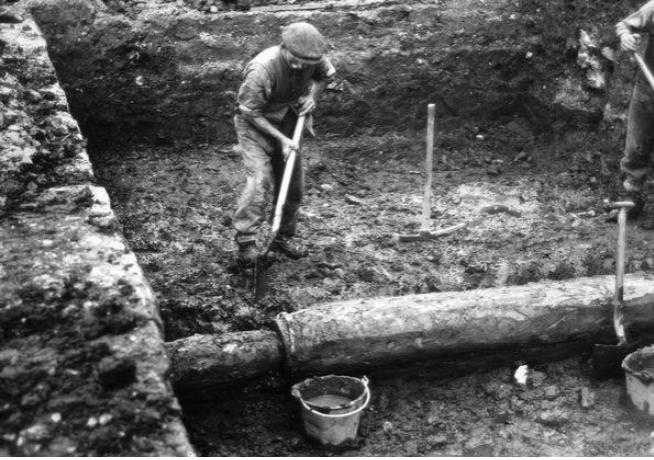 One of George Sorocold’s elm pipes was uncovered during the widening of Queen Street, Derby, in 1928

By 1699 George Sorocold was making a name for himself. He was the eminent water engineer of his time. He had already designed and built a water engine to supply fresh water to a great part of his home town of Derby and had just finished a similar undertaking in Norwich and was now in the employ of London merchants and goldsmiths erecting an engine to extract water from the Thames for public purposes. It was possibly the work here and Sorocold’s previous success that made William Ryder decide that his Letters Patent could now be put to good use and the idea of bringing ‘fresh water to Deal’ was rejuvenated. 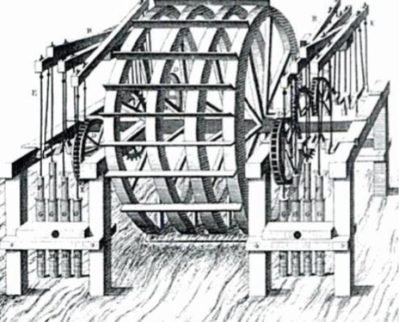 However, someone else had already started on their own scheme. That someone was William Warner. 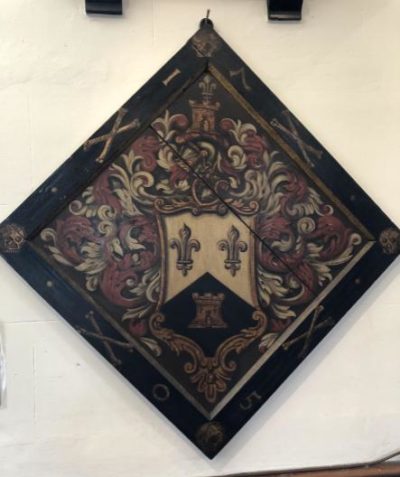 In 1692, George Sorocold  constructed Macclesfield’s first waterworks, using a waterwheel to pump through some four miles of pipe made of elm trunks. For these, he developed a boring machine, which he later patented. This waterworks lasted nearly a hundred years. Amongst his other achievements, he rebuilt London Bridge Water Works. Among his many innovations were pumps worked by water‑wheels which rose and fell in accordance with the level of the stream.

In St. Leonard’s Church, Deal there is a hatchment commemorating a George Sorocold who was buried there 1705. However, there is no evidence, apart from the name, that these two George Sorocold were actually related.

Warner makes one last response in the fourth news-sheet where he again pushes the fact that the £2,500 was not money borrowed for the Water-works but had been borrowed by Sir Edward Griffin for whom he stood surety for.

All these claims and counterclaims did little good as William Ryder’s Scheme “to bring fresh water to the new town of Deal” received Royal Assent gaining its Act of Parliament on 12 June 1701.
The Act gives the basic details of what Ryder then intended to do. It also sets in law the protection for  Ryder’s scheme but also for those people whose land that may be affected by the laying down of pipes or any other works associated with the scheme so that it “...may not be prejudicial  or injurious unto the owner or occupier…” and as such The Constable of Dover Castle was authorised to hear any complaints and to  “impanel  a jury or Jurys of 12 men”  if the need arose.
Warner did not give up though as his scheme did not rest on the authority of Parliament so he must have somehow changed his plans and by 1702 he had successfully completed the building of his scheme.

In 1702 a meeting was held at the then The Three Kings Tavern, now The Royal Hotel,  to decide where to make “…a Bason or other receptacle to receive the River Water to supply the Engine”.
W P D Stebbing suggests that this ‘engine’ could have been the horse-driven machine that was erected in Water Street to pump water drawn from the North Stream into conduits in the town. That being so this could be Ryder’s scheme as it was he who took his water from the North Stream, though the South Stream is sometimes mentioned in documents relating to him too. 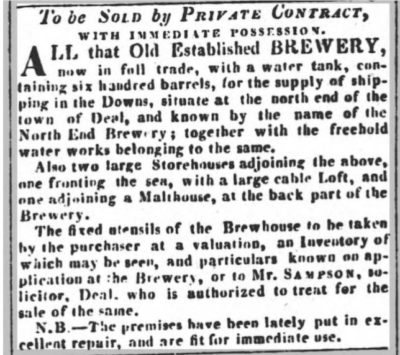 a large tablet, typically diamond-shaped, bearing the coat of arms of someone who has died, displayed in their honour.