Not much can be found about Edward Bush. We know that he was baptised in Acrise in 1816 and was the son of Edward Bush and Sarah Bell who had married there in 1809. By the time of Edwards jnr’s. First marriage to Sally Tipper in 1839 the family appears to have moved into River where Edward sen. continues to be employed as an Agricultural or Farm Bailiff and is where he dies in 1848 and Sarah a year later in 1849.

The farm-bailiff has managerial duties such as collecting rent, taxes and supervising both farm operations and labourers. 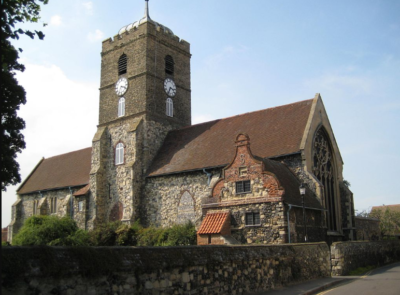 Edward jnr. and Sally had a son born on 30 January 1842 in Sandwich where he was baptised at St. Peter’s on the 20 February just 3 days after his mother was buried there on 17 February. It is almost certain that she died due to complications after giving birth.

The following year in June Edward married again to a Jane Baker. Then sometime after 1847, he takes over 4 ½  Lower Street from fellow Wheelwright,  Joseph Folwell. The other ½ being used by the builder William Redman Munday.

Thanks to a descendant of Edward, we know that his son, William Richard, died in 1923 in King’s Lynn where he was a Temperance House Keeper. His children and grandchildren remained in the Kings Lynn area.