Edward Darby was born in Deal in 1788 and baptised at St. Leonards Church on the 28 March. He was the second child of Charles Darby who was the managing clerk for Mr Thomas Oakley a shipping agent, banker and brewer.

Edward spent his working life as a Shipping Agent and Clerk to Edward Iggledun the brewer whose premises was on Lower Street and spread over much of what is now Stanhope Road. 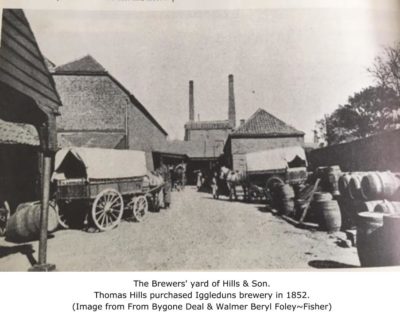 They had just one child, Jane Carolina, who in 1831 married Thomas Lott a London solicitor and Edward travelled to London to give his daughter away and also signs the register as a witness.

He would have seen Deal when it was full of soldiers embarking & disembarking from ships during the Napoleonic wars. After the wars ended he would have witnessed the decline in the prosperity of the townspeople, especially the boatmen. In 1833 he gave evidence to the ‘Select Committee on Cinque Pilotage’. This committee was looking into the hardship being suffered by the boatmen. When asked “what is the present state of the Deal boatmen” he replied, “ I should say that it cannot be worse”. He goes on to say how they had little food and no changes of clothing left. Throughout he spoke favourably of the Deal boatmen and when asked about smuggling his reply was “ ….If I had a wish to have smuggled I would have trusted and Deal man”

The following year in 1834 Edward was elected to the Committee for Public Improvements. This committee was to bring about the changes for Deal to become the seaside town we know today with boarding houses, hotels and the promenade.

In 1842 after Queen Victoria & Prince Albert had ‘promenaded’ along to sea front & returned to stay at  Walmer Castle the Queen sent £20 to Edward, then Mayor of Deal, to divide amongst 4 poor women of the town. 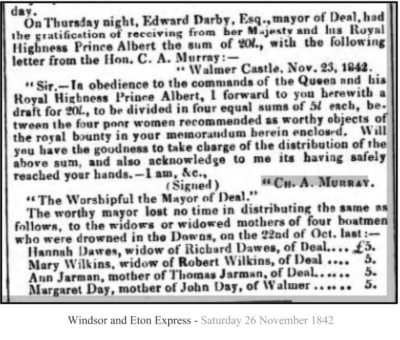 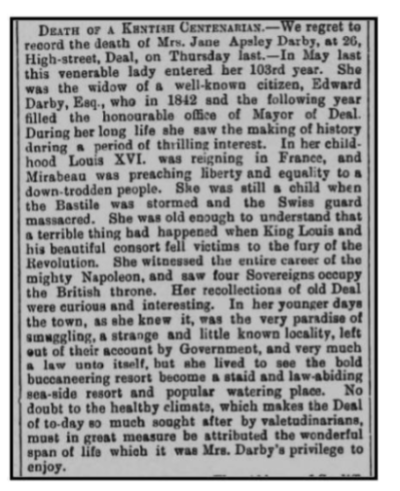