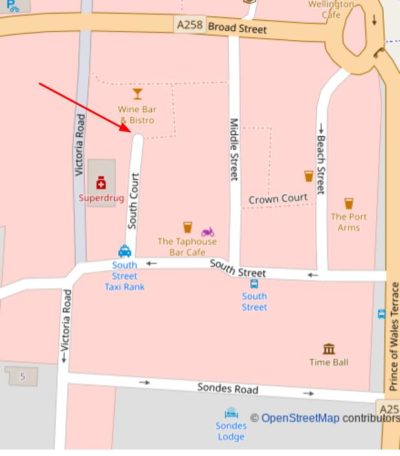 The town of Deal stands close to the sea-shore….. It is built very unequal and irregular and consists of three principal streets, parallel to the sea…”

These ‘three… streets’ being Beach, Middle and Lower (High) Streets. The many connecting streets, built in a rather haphazard way, help to give shape to the courts and alleys of Deal.

Jews Harp Alley is just one such alley. Now known as South Court, it is sandwiched between Middle Street & the High Street and can be entered via South Street as well as High & Middle Streets.

Why the unusual name?

One suggestion is because of its odd slightly T shape which is similar to the ‘Mouth’ or ‘Jews’ Harp but no one really knows.

Most of the alley’s original houses have long since gone but there is one, number 1a, that survives from the 1700s. Most of the town’s oldest surviving buildings also date from around that time.

These houses were probably mostly two up and two downs with a yard behind and some with a cellar. With most families during the Victorian era having six or more children living at home and some sharing the house with other occupants they would have been incredibly crowded.

Jews Harp Alley like the other courts and alleys of Deal is rather narrow and seen in the images above. 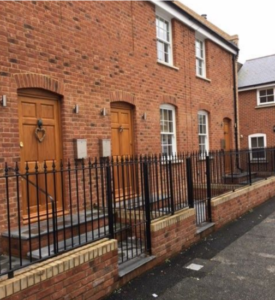 The 1841 census shows us that there were 98 people in 19 houses living in the alley but by the time the 1939 register was taken, there were just 7 people in 4 houses. Through the Victorian era, women continued to be dressmakers and laundresses but the men’s occupations changed. The censuses taken from 1841 to 1871 show that most of the male inhabitants of Jews Harp Alley were ‘Mariners’ so ‘Fishermen’ or ‘Boatmen’ whose job it was to take passengers, goods and letters amongst other things to and from the ships anchored off the shore. As the century moved on these trades slowly died. So by 1881, we find that the sons of these ‘Mariners’ are taking up other occupations such as printers, bootmakers and whitesmiths as well as working in the town’s shops.

Businesses have also come and gone from the alley. Today there are restaurants at the High Street entrance where once the Baileys a family of ‘Mariners’ had lived. Further, into the alley, there was once a cold store and a bakery and now new houses have been built where once South Court Garage traded. 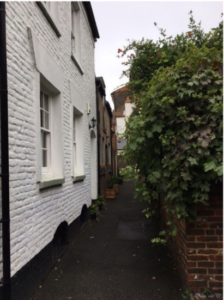 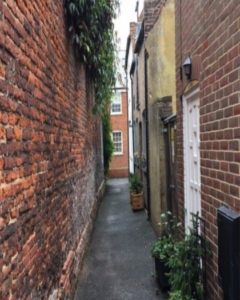