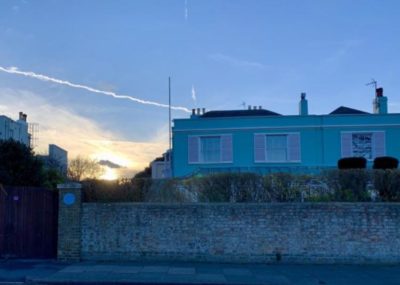 On 5th April 1827, Joseph was born in Upton House, a prosperous Quaker home, once situated in Essex and now part of West Ham, London.

Lister studied in London at the Royal College of Surgeons, Glasgow Infirmary and the Edinburgh Old Infirmary qualifying as a surgeon at the age of 26. Joseph was a medical pioneer. He studied germs and was known as the ‘Father of Antiseptics’. He promoted the idea of sterile surgery while working at the Glasgow Infirmary by using carbolic acid to sterilise surgical instruments. 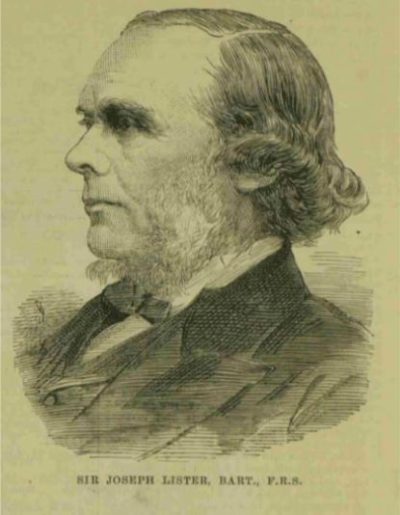 In Edinburgh, Joseph became assistant to James Syme and they quickly became friends with Lister eventually marrying James’ sister, Agnes Symes, on 12th April 1893. According to the 1911 census return, they were not blessed with a family. Agnes became absorbed by her husband’s work and became his partner in the laboratory up to her death, in Italy, at the age of 58.

After her death, Lister ceased his writings and studies and became ill after suffering a stroke. It is around this time that Lister moved to Park House, on The Beach at Walmer. Maybe the bracing sea air lifted his spirits and gave him hope of recovery. His sister-in-law, Mary Symes, ran his household for him. On 10th February 1912, at the age of 84, he died.

In 1883 Lister was honoured for his life-saving work and was created a Baronet by Queen Victoria. In 1897 he was raised to the peerage as Baron Lister of Lyme Regis. In 1902 he was called out of retirement to oversee the emergency appendix operation for Edward V11 just before his coronation. The surgeons followed Lister’s antiseptic surgical method and the King survived.

After his death, Lister’s body was removed to London for a funeral in Westminster Abbey. He was laid to rest with his beloved wife in Hampstead Cemetery.

Sources and further reading:
Wikipedia.org.
Germ Theory and its Applications to Medicine and on the Antiseptic Principle of the Practice of Surgery. Louis Pasteur and Joseph Lister.