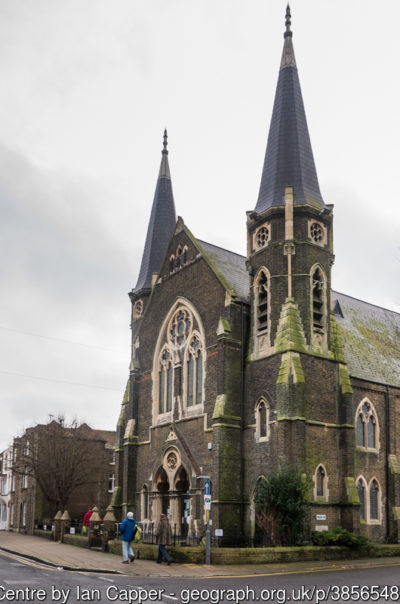 Congregationalism is a form of Protestant Christianity which believes  that a local congregation is completely autonomous under God and therefore should not submit to any outside authorities as other Protestant faiths do,  for example Bishops in C of E or a synod of elders  in Presbyterianism.

Deal’s Congregational Church opened in 1882 this was the third church to be erected on this site. It is now The Landmark Centre run by the Deal and Walmer Community Association.

The original church or chapel, known as the ‘Meeting House’, was established in January 1681. By 1800 the building was proving too small for the growing congregation, so it was pulled down and replaced by a new chapel in 1803. This building was constructed in the Georgian style as can be seen by this model made from wood taken from the old pulpit by Mr. J. R. Apps. More images of this wonderful model can be found here.

Stephen Pritchard, in his History of Deal, says the Congregational Chapel “stands conspicuously in Lower Street…. it will accommodate five hundred persons with ease. There is a Vestry Room attached, and a Sunday School in a separate building and the end of the burial ground, in which one hundred and fifty children receive gratuitous instruction on the Lord’s Day…..” 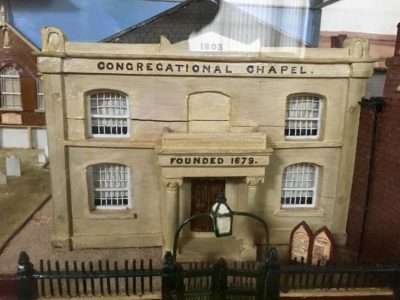 The large plaque that once was on the Sunday School building can still be seen today to the left of the main entrance to The Landmark Centre. 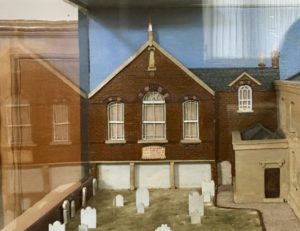 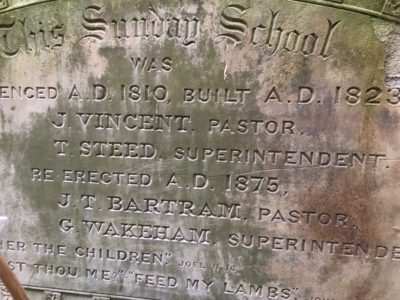 The Congregational (Independent) Church registers are online with baptisms being recorded from 1681 to 1836. Many of these also give the date of birth and in some cases the time of birth too.

Legally between 1754 and 1837 marriages had to take place in an Anglican (C of E) Church. Therefore, there are no marriage records between those dates. There no records available either pre or prior to those dates for Deals Congregational Church either.

Burials records are online from 1786 to 1837 though there were earlier burials as Pritchard remarks, in 1864, on a gravestone in the churchyard with the date of 1689.

The burial ground was alongside the first two churches. The later third church had no need for a burial ground as by then the town had Hamilton Road Cemetery that opened in 1856. Much of the old burial ground was built over though some gravestones have survived and have been placed around what has now become the garden of the Landmark Centre. The large monument in memory of William Boys, Commodore R. N. and Lieutenant Governor of Greenwich Hospital, and his wife stands in the centre of the Landmark Garden.