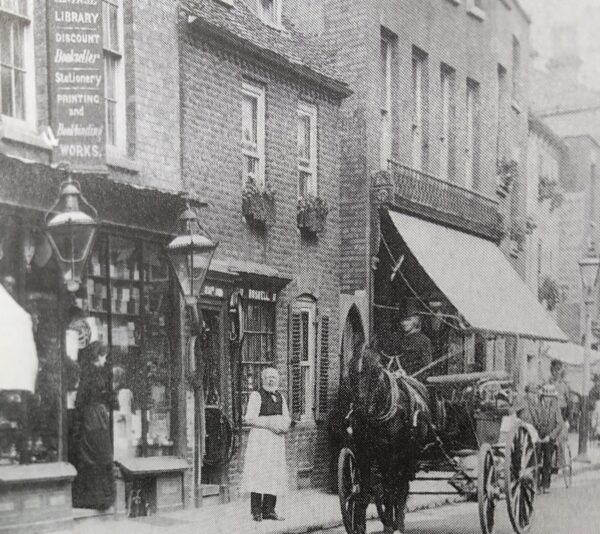 Thomas Baker Bushell was born in 1816, in Deal, and baptised at St George’s Chapel. Thomas’ father, Valentine, was already an established Saddler in the town, working out of his premises at 11 Lower Street. It would seem that Thomas was an only child of the union between Valentine and Ann nee Adkins. Thomas was brought up to follow his father’s trade.

In 1845 he married Caroline Ann Paul and together they had seven children.

Stored amongst the Maidstone archives  we discovered an Indenture made in 1858 between Thomas Baker Bushell, his father Valentine, and Walmer farmer and baker George Hurst Waters (1807-1879). It seems Thomas was arranging to borrow £270 to purchase a property in Broad Street. Valentine stood as surety for the loan. There are further documents concerning this transaction to be found in the Maidstone Archives. They may explain the change of surety arrangements which would have been required, as in 1859 Valentine died. 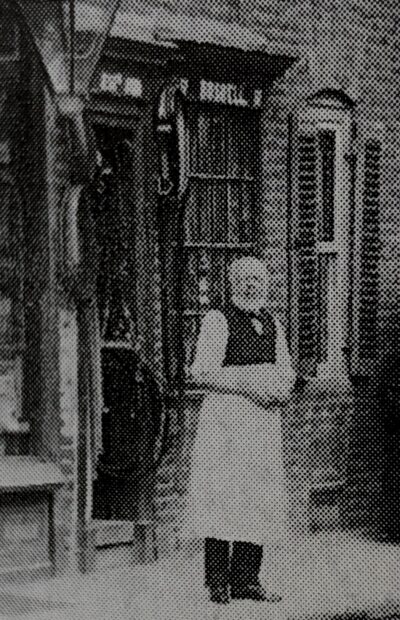 After his father’s death Thomas moved his family from Union Row to his childhood home and his father’s saddler’s shop, 11 Lower Street. Sadly Caroline doesn’t have too many years in her new home as she died in childbirth in 1861 and was laid to rest in the village of Ash where many generations of the Bushell family are to be found . Five years later Thomas is married for a second time to an Ursula, nee Knowles, Kelly. A mature widow of 47 years of Folkestone. Naturally the marriage doesn’t produce children but having spent five years on his own it seems Thomas was ready for a companion. Sadly, Ursula passes away in 1880 at the age of 61 years and, once again, Thomas is on his own.

There were seven Bushell siblings with Caroline Ann being the eldest. Thomas Paul, who was his father’s apprentice,  is registered as dying in St George’s Hospital, London in 1878, at the age of 29 years. We have come across this situation before in our research, where  people from the Deal and Walmer area have  been referred to a London Hospital for specialist treatment. It does seem strange that Thomas allowed his only son to be buried in a common grave, with strangers, in Brompton Cemetery.

Three of his daughters married and moved away from Deal. Mary Ann married an Irishman from Wexford and emigrated to South Africa taking her illegitimate son with them. Elizabeth Jane followed her husband to Sheffield and Frances married a decorative artist, Edwin Page Turner. Edwin learnt his trade painting pottery at the William Carter Tiles Works in Sheffield, then moved to London and eventually worked at Poole Pottery Dorset with his half- brother James Radley Young whose work is still revered today. How he and Frances met we do not know but they eventually moved to Warminster where Frances died in 1949.

Thomas continued to live at 11 Lower Street, never retiring until we hear of his death at Priory Avenue, Hastings, East Sussex in 1895. In his Will he is styled as a ‘Gentleman’ not a Saddler and leaves a substantial amount of money to be distributed by two of his son-in-laws in their roles as his executors. 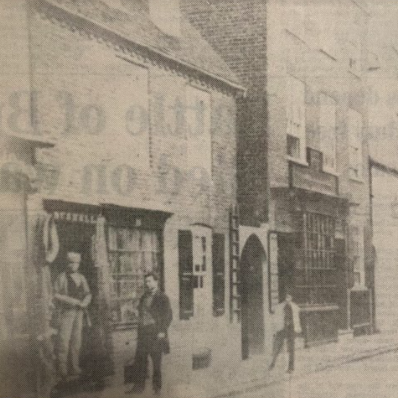