Pilots were hired to guide shipping through the sometimes dangerous coastal routes.

Thomas Hayward jnr. was the third of the six children of Thomas and Margaret, nee Priest.

By the time he married Keziah Gammon, in 1794, he was already a boat builder, one of several in Deal at the time. Both of Keziah’s uncles, Isaac and Peter Gammon, were boatbuilders so they may well have met through them and Thomas may even have been apprenticed to one of them.

Isaac was one of the witnesses at Thomas and Keziah’s marriage along with an Ann Tapley. This Ann went on to marry Keziah’s brother, Harry, in 1797 in Folkestone which is where Ann’s family came from. Sadly they both died within a year of each other, Ann in 1803 and Harry, a Deal Pilot in 1804.

Thomas became a Freeman of Deal in 1801 allowing him to trade and vote in the borough (local) and parliamentary elections.

Thomas and Keziah set up home in Prospect Row, also known as Prospect Place and now Victoria Road, where they went on to have eight children, with six surviving to adulthood. Their neighbours were Harry and Ann Gammon. Then sadly, after 16 years of marriage, Keziah died. She was buried on 5 June 1810 at St. Leonard’s Church just a few months after her youngest son Thomas, who was only eleven months old. 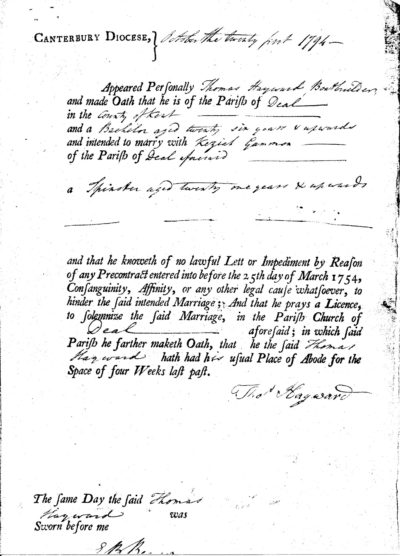 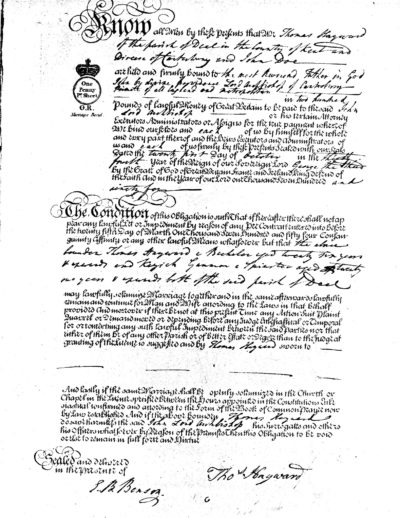 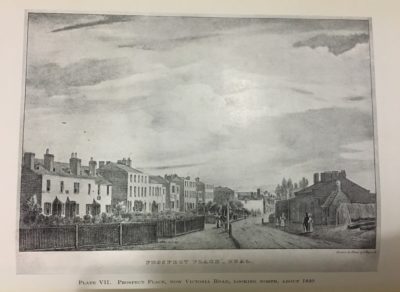 In June the following year, Thomas married Dorothy Tapley, her cousin was the Ann Tapley who had married Harry, Keziah’s brother.

Dorothy’s father Edward Tapley had been a Mariner and although born in Folkestone he had moved to Marske in Yorkshire where he met and married a local girl Dorothy Davidson. It was in Marske that all their children, including Dorothy, were born.

As the 1811 census was taken on Monday, 27th May, and Edward does not appear on it, it does seem probable that the family moved into Deal just after that date. Thomas and Dorothy married a month later on the 30 June 1811 so it may indicate that the families were already acquainted. By the time the 1821 census was taken, Edward and Dorothy are living in Castle Row, now Beaconsfield Road. 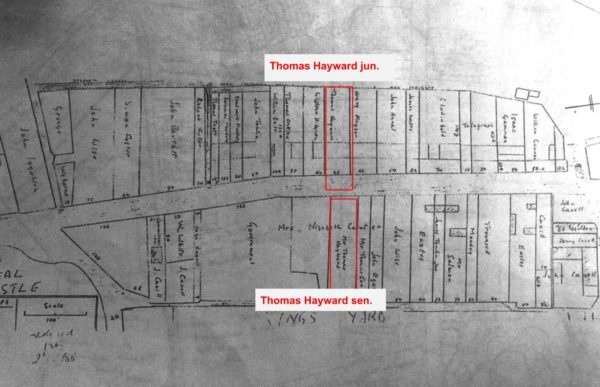 Thomas and Dorothy had six children with at least two of them being given Gammon as their middle name, showing a continuing close link with that family. Only their last child Edward was given Tapley as his middle name, possibly because Dorothy died giving birth to him. 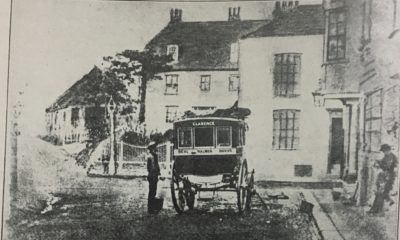 Prospect House and garden with the boat-builders shed behind.
from Reminiscences of Old Deal

They continued to live in Prospect Row until around 1821 when their fifth child Henry Thomas’ baptismal record gives their address as Lower Street. This is probably when Thomas and his family moved into Prospect House, the house that most people, even now, associate with Thomas Hayward.

In 1841 Thomas visited his daughter Keziah and her husband Henry Weston, a printer in Marylebone. His daughters Ann and Maria are with him as is Dorothy who, the following year, travelled to, and married a William Weston, in Calcutta.
William could be a brother or some other relation of Henry’s but so far we have not found a definite answer to this question. The couple stayed in Calcutta for at least 14 years and this is where they had their six children sadly, four of them died before they reached their first birthdays. By 1871 Dorothy is back in London with her two surviving children, Dorothy and John, on the census that was taken that year she says she is a widow. Where and when William died is not known but their last child, Charles, was born in 1856 so he must have died after that date.
Quite what Thomas would have thought of his grandson John ending up in prison in Australia for stealing and forgery is open to speculation, I suspect he would have been horrified!

Thomas’ Death and his Will 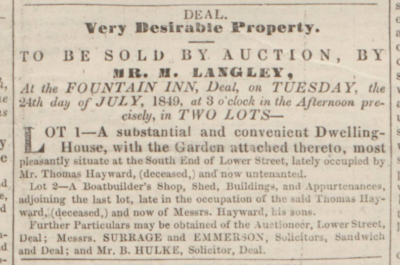 Thomas died at home in Prospect House in 1848. In his will, amongst other things, he leaves to his daughter Ann Gammon Hayward

“…absolutely all the furniture, bed mattresses, blankets counterpanes and the carpets in my best parlour and back bedroom and the pianoforte, music stool and work table that belonged to her mother…”

as well as the tea caddie and spoon, a tea and coffee pot and various other household items. Maybe she requested these things to help her set up her own home as a year later she herself marries. His plate, presumably his china, he says is to be divided up between the rest of his children and he says “share and share alike.”
He gives his boatbuilder son’s Isaac Gammon and Henry Thomas the option of buying his boatbuilders tools and yard for £150 and instructs his executors who were his son Isaac Gammon and son in law William Thistleton to handle this and to sell all his remaining goods and estate including Prospect House. The proceeds of which would then be divided between his children and grandchildren.

According to Thomas Hayward’s grandson, the house does not actually leave the Hayward family until 1860. Certainly, the 1861 census says that Charles Cavell is living there, though this is likely to be Prospect Cottage the adjoining property as the house next door is unoccupied. This would make sense as in 1871 John Noble is living in Prospect House & Charles Cavell next door in Prospect Cottage. 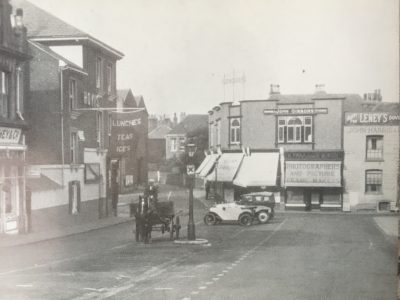 Was it John Noble who saw an opportunity and caused the building of shops on the front garden of Prospect House leaving us with the street layout and view that we have today, it was certainly during his occupation?