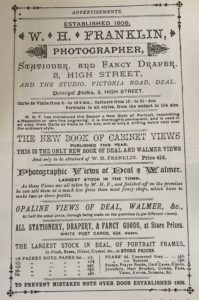 William was baptised on October 17th 1813, at St Leonard’s. His father, also named William, was a Draper of Lower Street in Deal. William married in 1844 and in 1851 he and his wife, Jane, and their three children are to be found living at the Lower Street premises with his widowed mother, Susannah, at which time William was still carrying on his father’s Drapery business. It seems though that in 1853 he had diversified and had added photography to his business moving into number 4, later 3, Lower Street. 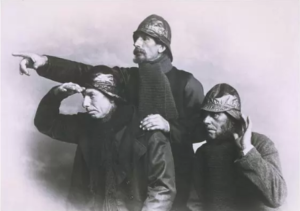 Heroes of the Goodwins

William Henry Franklin has become known as Deal’s most successful photographer.Many of his images of rough seas, country scenes, family portraits and of men at work survive to this day including, the now very well known. posed image of the ‘Heroes of the Goodwins’.

His son, Henry, becomes his photography assistant and carries on the business after his father’s death in November 1891. William may well have been visiting Henry at the time of his death as he died in Blenheim Road which is where Henry was living at the time.

William Henry Jnr had been assisting with the drapery business at the number 3 Lower Street shop when he unfortunately, died in 1862 aged just 16 years. His father continued to run both the drapers business at number 3 as well as his now successful photography business.

Frederick was to become a draper carrying on in business at number 4 Lower Street, late  High Street, then with street renumbering it became number 11 High Street. 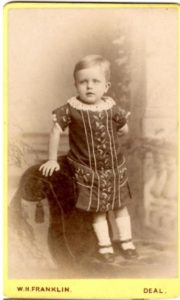 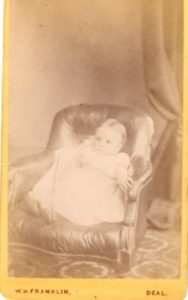