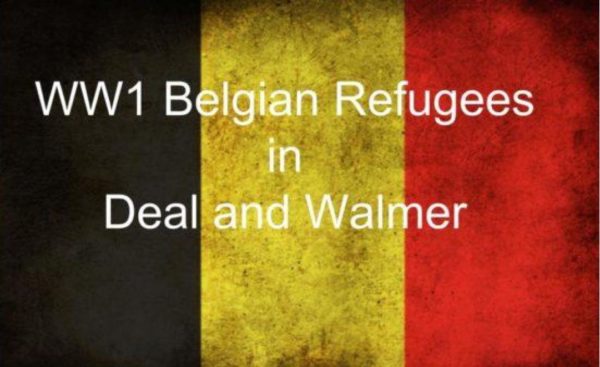 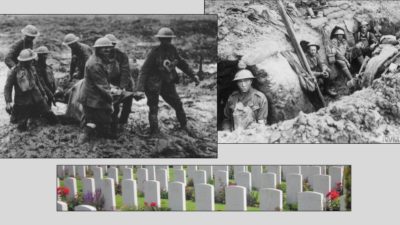 I don’t know about you but when I think about WW1 it’s usually with images of the Commonwealth War Graves, of soldiers standing in trenches knee deep in mud and I don’t automatically think about ordinary people fleeing for their lives as their country was invaded or as their towns, cities and villages were destroyed and I certainly didn’t think, or even know, about some of those very people seeking refuge in our town until a chance question about ‘Belgian Refugees in Deal’ was asked. So, not knowing anything about them I decided to do some research.

Initially,  I couldn’t find any specific mentions about Belgian Refugees in Deal or Walmer in any books or even online so I started looking for mentions of them in the local newspapers held on fiche in Deal library.

After exhausting that resource I struck lucky with a little booklet called “ 1914-1915 – Our Stay in Deal & Walmer”. This was written anonymously by a Refugee in recognition and praise of Deal and Walmer’s residents and describes some of the things he, and I think it was he and I’ll tell you why later, what he saw and experienced during that year.

This wonderful little booklet, the newspapers and a few documents held in the Kent Archives and some other snippets of information is all that I have been able to find specifically mentioning those refugees that came to Deal and Walmer. I’ve put all that together with some more general sources to tell some of what those refugees and also the townspeople would have experienced during WW1.

Almost from the first days of the German invasion, thousands of Belgian fled their country. Up to a million people eventually crossed into Holland, others into France and approximately 250,000 came to Britain. The first refugees to arrive in Britain landed in Folkestone as early as the 8th of August 1914. They came crowded on ferries, small boats and fishing smacks many with only what they could carry. This was to become the largest single influx of immigrants that Britain has ever had and does not include the 150,000 or so Belgian soldiers that also managed to get to here.

Why did they come?

Obviously, the simple answer was the war. As we know Germany on 2 August 1914 handed the Belgium government an ultimatum demanding the right of passage through Belgium for the German armies to attack France, this was declined, German troops none-the-less crossed the border. Britain protested and war was declared.

On crossing into Belgium, on the 4 August, the Germans attacked the fortified town of Liege. Here civilians from the surrounding villages were reportedly massacred in retaliation for the town defending itself. Others were used as human shields.

One witness, who came from the town of Alost, wrote of the 40 people massacred there in September 1914. He mentions the slaughter and butchery of women and children, the robberies,  rapes, the bombardment of unfortified towns and the unlawful detention of hostages and, he says, “excesses of all kind”.

There were other reports from other towns and as the scale of these atrocities began to be known the authorities commissioned reports. One of those I found on the ‘Imperial War Museums Collections Online’ pages says-

Alost: “Rue de l’Argent  9 bodies all had bayonet wounds: some with their intestines protruding.”

Such reports, some of which later on were even exaggerated for propaganda purposes,  would make anyone want to leave. So from the first days of occupation and as the German army advanced, thousands fled across the border into neighbouring neutral Holland, where at its peak an estimated 1 million refugees including Belgian soldiers were cared for in homes and eventually in camps. 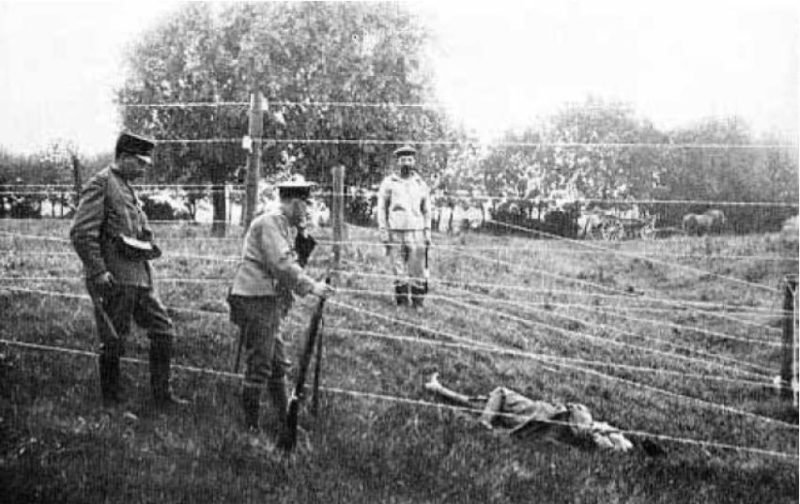 The Wire of Death

With the Germans starting to make it difficult to cross into Holland and as their armies advanced through Belgium thousands travelled to the north Belgium ports and refugees started crossing to Britain. Others crossed into France. To prevent further crossings into Holland and easy access for spies, the Germans in 1915 erected an electrified fence along the border. They called this the ‘Wire of Death’ and an estimated 2 to 3 thousand people were killed trying to cross through it.