The Duke of Wellington
at
Deal & Walmer 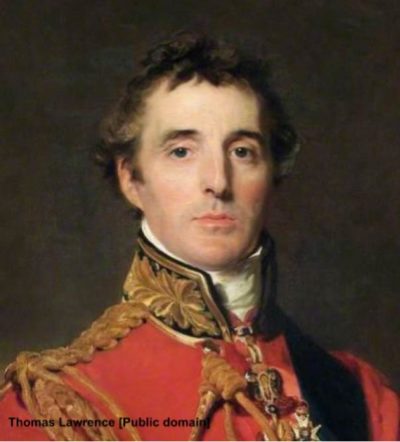 Affectionately known as the Iron Duke, Sir Arthur Wellesley, first Duke of Wellington had a long association with both Deal and Walmer.
His first visit appears to have been in September 1805 when, after a nine-year absence of service in Flanders and India, he returned home by stepping ashore on the beach at Deal. He probably didn’t stay here very long before departing to report at the office of the Secretary of War in London, in whose waiting room it is said, he met Vice Admiral Horatio Nelson. It was also at about this time that he was knighted and made a Member of Parliament for Rye and then the following year Chief Secretary to Ireland. 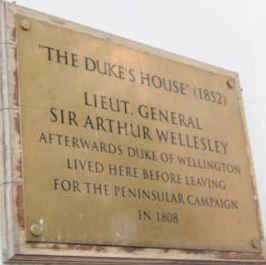 In 1807 he took part in the expedition to Denmark in the Battle for Copenhagen, and it is possible that, before embarkation, he rented the property that is now known as Wellesley House in Walmer Castle Road.  On his return from Denmark, he resumed his duties as Chief Secretary to Ireland but he soon, in 1808, returned to the Army and took control of the fighting against Napoleon’s army in Spain and the Peninsula Wars. It was for his services at Talavera that he was created Baron Douro of Wellesley and Viscount Wellington of Talavera.  More honours and political posts were to follow.

The Duke was appointed Britain’s Ambassador to France and in 1814, while en route to Paris, he boarded a ship from Deal. It was while representing the King at the Congress of Vienna that the news of Napoleon’s escape from Elba reached him. He immediately left for Holland where he took command of the British- German army and their Dutch allies. So began the Waterloo Campaign that culminated in June 1815 with victory at the Battle of Waterloo.

While serving as Prime Minister on 20 January 1829, the Duke was installed as Constable of Dover Castle and Lord Warden and Admiral of the Cinque Ports a post that had become vacant following the death of Lord Liverpool. 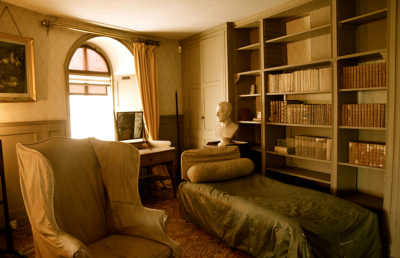 Since 1708 Walmer Castle has been the official residence of the Lord Wardens of the Cinque Ports. over the next 23 years, until his death in 1852, The Duke was to regularly visit Deal and Walmer and while residing at Walmer Castle he was to make one room, in particular, his own. It is now known as ‘The Duke’s Room.’

As Lord Warden his duties included the appointing of local magistrates, countersigning garrison orders, supervising lifeboats and salvage as well as being responsible for the defence of the Channel. He also attended the Court of Lode-Manage at Dover that met to appoint and discipline Channel Pilots. 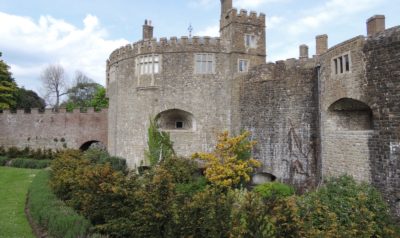 Away from official duties, The Duke was often to be seen walking along the coastal path from Walmer to Deal or driving around the nearby lanes. He hosted dinners inviting his friends and local dignitaries including Mayor Edward Darby.

Royal visitors also came including, in 1835, the then Princess Victoria who later returned, as Queen, with her family. Once while dining with the Queen he got a pheasant bone stuck in his throat and local doctors William Hulke and MacArthur were soon sent for and unable to remove the offending bone, they resorted to “…most skillfully thrusting it downward….”

When residing at the Castle The Duke worshipped at The parish church of St. Mary’s at Walmer. George Robert Gleig commented that if the sermon did not hold The Dukes Attention he would “….. fall asleep snoring loudly” 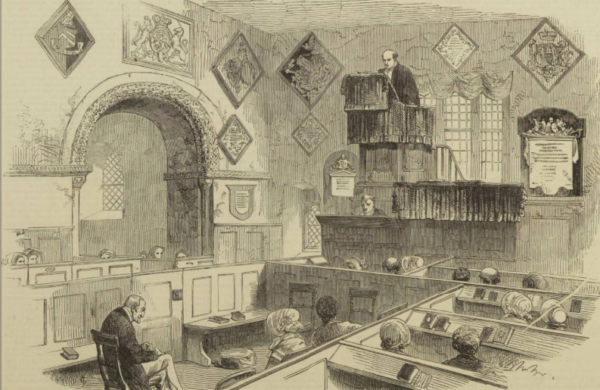 It was on the 14 September 1852, that The Duke of Wellington died in his room at Walmer Castle. Among those in attendance were local surgeons William Hulke and his son John.

For two months, while his state funeral was planned, the Duke lay in his room. When plans for the State Funeral were finalised in November.  Thomas Reaks, the then Mayor of Deal requested that the Duke, before his removal to London, could be laid in state at Walmer Castle so the townspeople could pay their respects.

Crowds of people gathered and filed past his body. Then on Wednesday 9 November, The Duke was taken on his final journey. The route to Deal Train Station was lined with thousands of people and was led by men bearing torches. 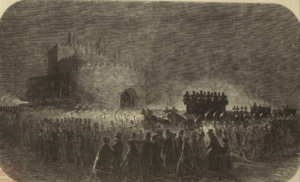 I wonder what this great man would have thought about his final mode of travel as apparently hated trains!

His destination was St. Pauls Cathedral where, following a huge state funeral, he was buried on 18 November 1852. Amongst the great and good that day seated at St. Pauls were the Mayors of the Cinque Ports and their Limbs including the Mayor of Deal Thomas Reaks. As a mark of respect, the townspeople of Deal and Walmer closed their shops for the day and the minute gun was fired at Walmer Castle.

a gun fired at intervals of a minute, especially at a funeral.

George Robert Gleig (20 April 1796 – 9 July 1888) was a Scottish soldier, military writer, and priest & acquaintance of The Duke of Wellington.

The Battle of Talavera (27–28 July 1809) was one of the battles of the Peninsular War fought by Sir Arthur Wellesley. It was fought just outside the town of Talavera de la Reina, Spain.

An ancient court of the Cinque Ports, having jurisdiction in maritime matters, and particularly over pilots (lodemen.)

Sources and further reading:
Wellington at Walmer by Greg Holyoake
Records of Walmer together with “The Three Castles that keep the Downs” by Charles Robert S Elvin
Kentish Gazette – Tuesday 23 November 1852
Newspaper image © The British Library Board. All rights reserved.
With thanks to The British Newspaper Archive (www.britishnewspaperarchive.co.uk)
London Illustrated News
With thanks to ©Illustrated London News Ltd/Mary Evans Picture Library