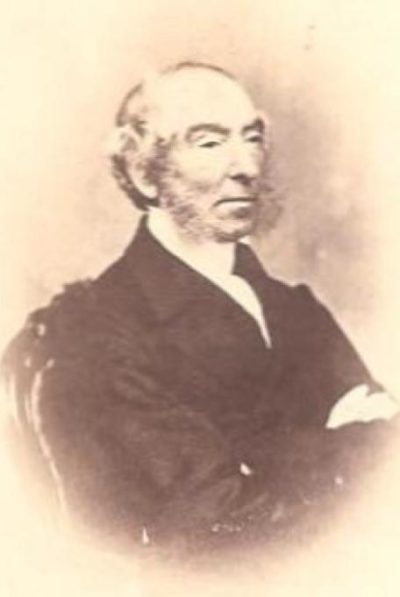 The bank building, that we know today as the National Westminster Bank, on the corner of Queen Street and High Street, was formerly the National Provincial Bank of England. Both the building and the banking business in Deal had its origins with the town’s Hulke family.

In 1808 William Hulke (Snr) with John Sampson, John Hollams and John Iggulden established a bank which traded under the name of Hulke & Company. It later became the Deal Naval, Military & Commercial Bank.

By 1821 it seems that William Hulke, or his son, William Hulke  (Jnr), had bought out the other partners.  The bank then became Hulke & Son. Both of these gentlemen were respected surgeons in the town. The younger William became the surgeon who attended the Royal family and the Duke of Wellington whenever they stayed at Walmer Castle.

In 1832 solicitor Benjamin Hulke, the elder William’s youngest son, became a partner and the bank changed its name yet again to Hulke & Co.

Ann Hulke,the only daughter of the elder William married surgeon John East Dixon, in 1830.  He too became a partner in the bank in 1835 at which point the bank’s name changed for the final time to Hulke, Dixon & Co. 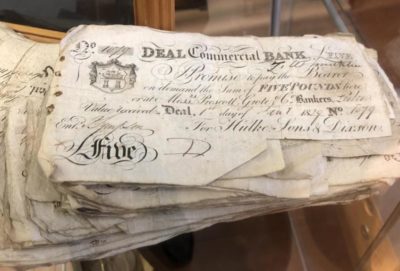 The elder William died in 1838 leaving the three remaining partners to carry on in business together. However, this was to be fairly short-lived as the bank failed, filing for bankruptcy in late 1840 with debts of over £30,000, approximately £1,812,510.00 today.  They were just one of the forty-two private banks that had failed between 1836 and 1842.

However, where this original bank was actually situated is unknown, only that it was somewhere on Lower Street.

The National Provincial Bank of England stepped in and purchased the now failed banking business and opened its doors for business on 2 December 1840 in a building that the newspaper says was formerly occupied by Messrs. May, Wyborn and Co. 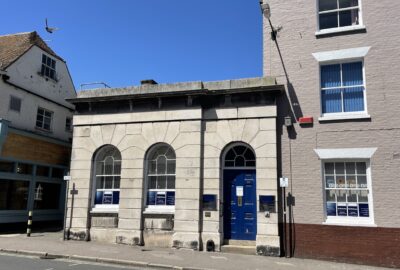 We originally thought that this was in the building on Queen Street known as Admiralty House as it had a strong room where the money for paying fleet was stored. However, we now think it was probably the building that is now occupied by Williamson and Brown at 12-14 Queen Street.  They can trace their business back to around 1803 when John May set up as a solicitor, he was later joined by John Mercer and then went into banking with Messrs. White and Wyborne with 12-14 Queen Street being their banking hall. The Bank of Messrs. May & Wyborn itself went bankrupt in 1826 but the building continued to be used as part of the solicitors office of May and Mercer. 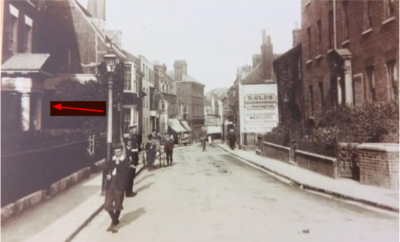 Admiralty House itself had been bought by the Admiralty as a residence for the Port Admiral in the  early 1800s but when the  post was discontinued the building was put up for lease. By 1841 it was being used as a boys school giving weight to the fact that it couldn’t have been used by the National Provincial.  There is a link however with the Hulke family as following the closure of the Naval Yard in Deal, it was put up for sale in 1864 and was eventually purchased by Frederick Thomas Hulke the son of William Hulke Jnr.

At the time of its sale, the house was described as having “…on the second floor four attics, on the first floor a large drawing room, five bedchambers and back stairs to the ground floor on which is a large and noble dining room, large library, breakfast room, capital hall and staircase, good kitchen, pantries, wash house brewhouse with coppers, scullery and cellars etc. Also four rooms with a strong room suitable for separate letting and adapted for a professional man…” 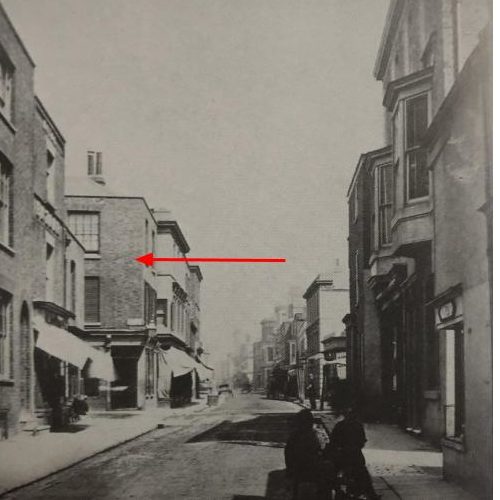 We don’t know exactly when the National Provincial moved into the building on the corner of Queen Street but we do know that it was owned by, and subsequently leased from, William Hulke Jnr.

The building itself had been held in trust for a Sarah Milner and on her death, in 1822 her estate passed to her executors one of whom was William Hulke Snr. Then in 1824, the building was put up for sale with Edmund Spain as one of the trustees; William Hulke Jnr. then purchased it for £950. The freehold of  9 Lower Street then remained in the ownership of the Hulke family until it was sold, in 1875, to the National Provincial Bank. 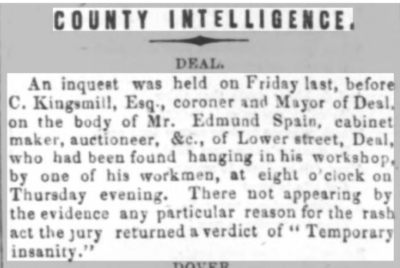 A copy of deeds, dated 1824, describes 9 Lower Street as   “…a Dwelling House, Workshop, Sheds, and Buildings situated on the corner of Queen Street and Lower Street…”

Being on the main shopping street of a town is preferable but at the time the National & Provincial Bank located themselves in Deal, 9 Lower Street was occupied by the afore mentioned Edmund Spain, a Cabinet Maker and Auctioneer. Then in 1845 he tragically, and unexpectedly committed suicide. So, under these sad circumstances, it seems that the Bank took the opportunity to move and took over the lease sometime between 1845 and 1847. Bagshaw’s Directory of 1847 gives W. C. Gemmell as the Bank Manager of National Provincial Bank, Lower Street. We also know that a daughter of Gemmell’s had been born there in 1849 that he and his family were living at  9 Lower Street when the 1851 census was taken all of which suggests that they were then living above the bank. 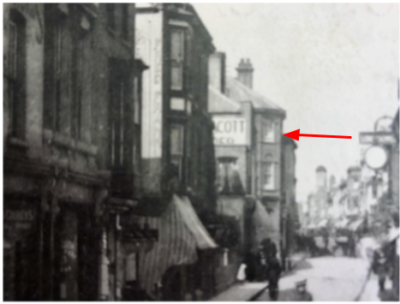 The rebuilt National Provincial Bank after 1875

In 1869 the bank renewed its lease with an annual rent of £100. William Hulke Jnr. had died in 1866 so the lease was renewed by his widow Elizabeth Pollard Hulke, then in 1875 following her death, the freehold was purchased from the surviving four daughters for the sum of £1,600. It must have been after this date that the bank decided to rebuild. 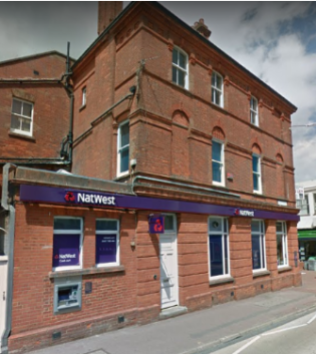 Then, sometime before 1884, the National Provincial Bank extended it’s building on the Queen Street side.

In 1841 10, Lower Street was occupied by tailor George Pittock. In 1844 he purchased the property from Benjamin Hulke, son of William Jnr., for £650 and by 1851 he had divided the property into two and leased out 10a.  In 1876 he sold 10 and 10a as a whole to Zachariah Selth for £1,630. Zachariah, in turn, leased back no 10 to William Pittock, George’s grandson, and 10a was leased to Frederick Henry Brown, the organ builder. Zachariah died in 1896 leaving 10 and 10a Lower Street, that was by, then  33 and 35 High Street, to his son Edwin Arthur Selth. It was after his death that in 1924 the freehold was sold to the National Provincial Bank. So by 1926 the building, we know as the National Westminster Bank was able to extend again to its present size. 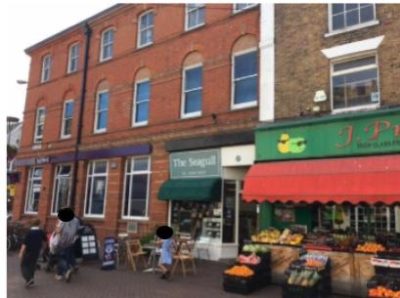