We find George Munday, William’s elder brother, listed in the 1803 Deal Lieutenancy Papers their father, also named William is also listed andboth men gave their occupations as bricklayers. William Redman, himself at sixteen would have been too young to have enrolled.

William Redman followed his father and brother into the building trade eventually setting up home and business at 4 Lower Street by about 1826 where, according to the 1851 census, he employed two men. He also was a brickmaker and, again according to the 1851 census, he was also employing three men and three boys in this trade. There were several brickfields in the Deal area quite where William worked out of is not known. 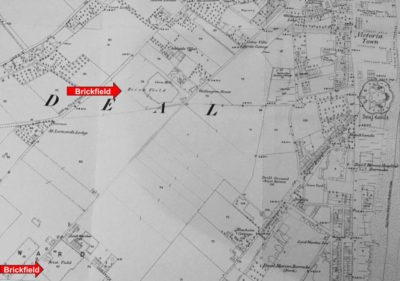 He had married Ann Johnson Batchelder on 17 October 1812 at St. Leonard’s. Sadly their first three children born between 1813 and 1817 all died young. There fourth child Richard was born in 1827 and joined the Royal Navy he died in Plymouth in 1911. Emily their fifth and last child born in 1829 married John Brown a grocer and tea dealer of 17 Lower Street in 1850. In 1851 John goes bankrupt and assigns his estate to his father in law, William Redman and the banker W C Gemmell as trustees to deal with his creditors. Sadly, Emily died in Alfred Square in 1853 but without purchasing a death certificate we don’t know the cause of death. She was buried with her father, mother and brothers in St. George’s Churchyard. The Gravestone still survives. 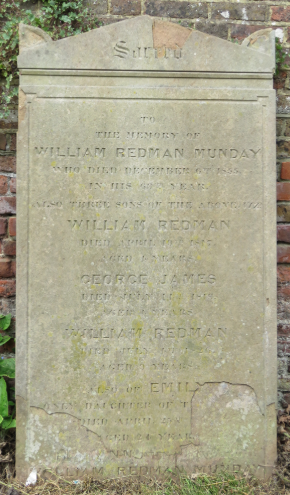