Amelia was born in 1846 in the family home in Jews Harp Alley. The Alley still exists but is now named South Court, quite where the Tapley’s house was or if it still stands we don’t know as in this small alley there have been many changes and some strange renumbering.
Amelia, like her elder sister Hannah, was a servant in 1861 but as she was still living at home we have no idea for whom she was working. Three years later on the 5 July 1863, she married George Forsdick.
We assume the couple met in Deal and George being a soldier was then posted to Milton near Gravesend at which point the couple married.

George had joined the 12th (East Suffolk) Regiment of Foot in November 1859. He probably joined, like many other men of the time, to try and escape poverty. He may also have been escaping his home life as following his mother’s death in 1849  his father had remarried and the family gradually increased so by the time he enlisted there were four younger siblings that were followed by three more once he had left home.
Military life must have suited George as just five months after he enlisted he was promoted to Corporal and a year later to Sergeant. Then in 1862, he applied to train as a Musketry Instructor at the School of Musketry in Hythe.

School of Musketry at Hythe 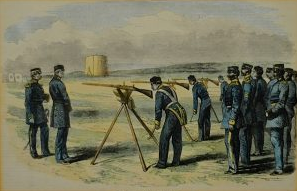 The School of Musketry at Hythe was established in 1853 and by 1855 a Corps of Instructors was added.

A letter from “Horse Guards, dated October 26, 1855, and printed in the Morning Post, tells us that the corps was to be made up of single men “…not to exceed five years’ service. They must be men of active habits, intelligent, perfectly capable of receiving and imparting instruction, and must be medically certified fit for active service. They must be able to write accurately from dictation, understand the use of forms and returns, &c., and have a competent knowledge of the first four rules of arithmetic, and of vulgar and decimal fraction. They will be sent to Hythe for the purpose of undergoing the regular course of instruction in the theory and practice of musketry, and when reported duly qualified they will be discharged, and re-attested for general service… ”

George was Attested for General Service in 1862 and appointed as a Sergeant Musketry Instructor receiving clothing and quarters and was  “…liable to be posted to different regiments or stations at the pleasure of the Commander-in-Chief…” and eventually permission to marry.
Although we have no photographs of either Amelia or George, George’s military record describes him as being 5ft 7 ¾ with a dark complexion, brown eyes and dark brown hair. He also had a crucifix tattooed on his right thigh. 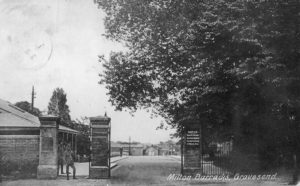 Amelia and George were to be married for almost 47 years and had thirteen children, twelve of whom lived to adulthood. Their first child, Hannah, almost certainly named after Georges mother, was born at Amelia’s former home in Jew Harp Alley in 1864. George at this time was based in Hythe. A son, Frederick was to follow in 1865 and although born in Deal he was baptised in Milton, near Gravesend. Sadly Frederick was to die in 1869 when the young family were back in Hythe.

In the very early years of their marriage, the couple seemed to spend time moving between Milton near Gravesend and Hythe as it is in these two places that their next three children, William, Edward and Amelia, were born. 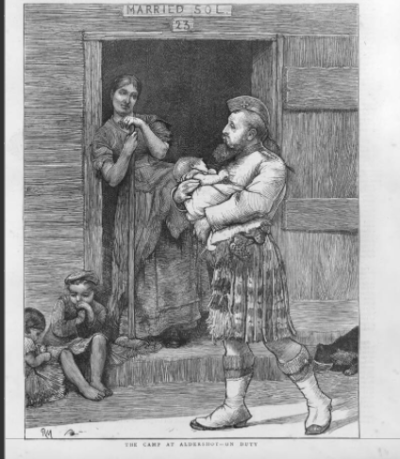 By 1871 they had been posted to Aldershot which is where my husband’s great grandmother Florence was born.
It is pretty certain that the family, by then with six children under seven, lived in a wooden hut as can be seen in this depiction from The Graphic newspaper dated 1871; brick-built married quarters were not built at Aldershot until around 1890.
George at this time was attached to the 101st Royal Bengal Fusiliers and he remained with them until 1881 when the regiment became the 101st Royal Munster Fusiliers. It was also in 1881 that George transferred to the military staff.
Before that though, there was more postings and more children being born to the couple. In 1873 Edward was born in Ashton under Lyne in Lancashire. 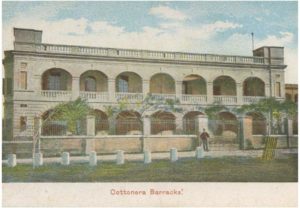 They probably lived in married quarters such as at Cottenera at during that time and Amelia would have only been too aware of the ever-present threat of disease to her young family.

Surg-Major James Hinton reported diseases such as enteric fever and diphtheria were endemic on Malta at the time when Amelia and her family were there, also smallpox. The main water source was rainwater collected in cisterns often near to cesspits so, mainly due to these unsanitary conditions and lack of clean water on this overpopulated island, waterborne diseases such as cholera also fatally appeared.

In 1878 they were to move to their final posting to Halifax, Nova Scotia, Canada. However, en-route, they were to leave behind in England one of their daughters Amelia Jane.
The 1881 census says that Amelia Jane was living with her aunt, her mother’s sister Hannah Moss, at 46 The Strand, Walmer. The census also tells us that she was ‘lame.’  We have no idea how or why she was ‘lame’ but maybe travelling such great distances was difficult or painful for her and was the reason for her staying behind. Whatever the reason it must have been a difficult decision to leave your 8-year-old daughter even if it was with family.
Whether Amelia eventually went to live with her parents in Canada or stayed with her aunt England, we don’t know as there is are no records of her travelling to Canada and she does not appear anywhere in England on the 1891 census.
The rest of the family appear on the 1881 census for Halifax where George’s rank is given as a Staff Sergeant Major. Confusingly there is an Amelia aged 17 listed with them. However, this must be Hannah their eldest daughter. Arthur, their then youngest child, aged two, seems to be staying with neighbours when the census was taken as on his entry it says “belonging to family on 122” 122 being the census page that the Forsdicks appear on.
Amelia gave birth to her last four children in Halifax. Arthur was born in 1879, followed by Emily in 1882, Alfred in 1883 and Ethel in 1886.
Here too Amelia and George were to see 4 of their daughters, Hannah, Elizabeth, Florence and Sarah Ellen, marry in The Garrison Church all to serving soldiers. Eight of their grandchildren were born here too.

On 28 August 1893, George retired after serving for 33 years and 300 days. In September 1893 Amelia, George and their younger children left Halifax returning to England where eventually they set up home and business at the Euphrates Arms Public House which was offered to let in the Portsmouth Evening News on 23 November 1893. The license was transferred to George on 14 February 1894.

Amelia and George lived and worked at The Euphrates Arms until George’s death in 1910, he was then 71 years old. Amelia then moved to Leicester to live with their daughter Florence and her husband James Bell who had by then also retired from the army. Initially, they all lived at 36 Bridge Road then moving to 30 Hazel Street where Amelia died on the 20 July 1919 aged 73 years. 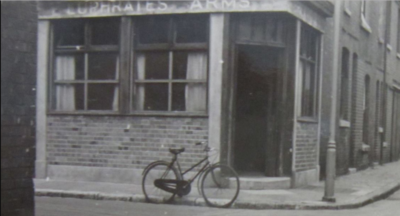 As previously said Hannah, Elizabeth, Florence and Sarah all married soldiers in Halifax.

Emily and Ethel both marry Petty Officers in the Navy in Portsmouth. Amelia Jane married an Iron & Steel merchant and settled with him in Cardiff.

Alfred joined the RNVR in WW1 then returned to working as a General Fitter for the Corporation.

William joined the Royal Munster Fusiliers in 1897 and served in the Boer War. He retired as a Quartermaster and Honorary Major in 1919.

We don’t know what year Edward enlisted, but he served in India, Singapore and was part of the BEF in 1914. He retired as a Major having received, in the 1918 Birthday Honours list, an OBE For service with the British Expeditionary Force in France.

George aged just fourteen, in 1891 enlisted in the Royal Artillery. He served in Bermuda and throughout WW1 retiring in 1919 as a Battalion Sergeant Major.

Arthur joined the 1st Hampshire regiment in 1899 with a special dispensation due to the loss of his first finger on his left hand. He served in South Africa and India before taking over the Euphrates Arms after his father’s death. It seems as if he remained a private throughout his entire military service. When WW1 came, he rejoined the army then after the war he became a civilian Labourer at R A O C Hilsea Barracks in Portsmouth.

My husband’s mother was the granddaughter of Florence Forsdick and James Bell. She was born in Leicester where she married a young man who was then serving in the Navy. They are affectionately known to me as Ma and Pa. Much of Ma’s early married life was spent in Gosport, just across the harbour from where her great grandmother Amelia had once lived. Following a second career as a teacher, Pa found a teaching position in Deal and settled in Walmer. Sadly though, Ma was never to know that she had, in part, been following and living in her Great-grandmother Amelia’s footsteps.

Sources and further reading:
Wikipeadia
www.maltaramc.co
Newspaper image © The British Library Board. All rights reserved.
With thanks to The British Newspaper Archive (www.britishnewspaperarchive.co.uk)