Thomas Reaks was a schoolmaster and in 1851 and in 1852 the Mayor of Deal. He was born in Canterbury to Henry and Elizabeth Reaks who before his birth converted to Methodism. Thomas and his younger sister Sarah were baptised in the Union Chapel of the Countess of Huntingdon’s Connexion in Watling Street, Canterbury. Their elder siblings were all baptised in St. Martin’s Church in Herne including Henry Tritton and James who also eventually settled in Deal where they too were Schoolmasters. 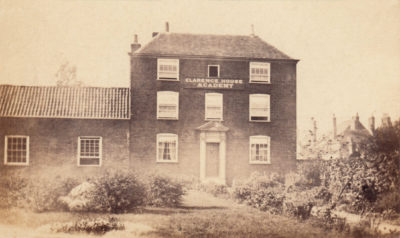 Thomas married Mary Belsey, the sister of his brother James’ wife, in 1823. They settled in Sandwich where their first two children were born. Then, before the birth of their third child in 1831, they moved into Deal where Thomas sets up Clarence House Academy on Lower Street. His brother’s, Henry Tritton and James Reaks had already moved into Deal where they were running their own schools, Alfred House Academy and Union House.

In the South Eastern Gazette dated December 1833,  there is a notice of the death for an infant daughter of Thomas, however, we can’t find a death record or even a baptism for her!

In 1834 The freehold for Clarence House goes up for sale which is then purchased by John Vincent. 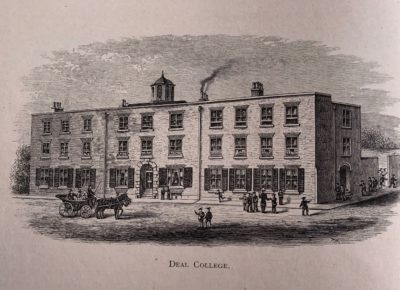 It was during his time at Alfred House that Thomas was twice elected Mayor of Deal. Two significant things happened during his Mayorship. Firstly he helped to bring about a permanent soup kitchen in Deal.

A permanent soup kitchen for the “necessitous poor” had long been wanted and very much needed. So on the 22 December 1851, Thomas convened a meeting where a resolution was unanimously passed for a subscription to be raised to provide bread and soup to those most in need. A committee was formed and solicitor James Barber Edwards, generously gave a piece of land in Brewer Street on which to erect a permanent building. A building fund was then opened for the purpose of raising the money to build Deal’s Soup Kitchen. 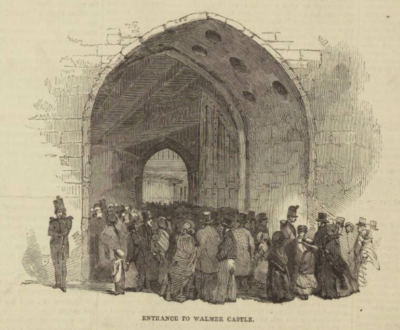 “……It is worthy of remark that the success of the undertaking, in a great measure, was owing to the constant and untiring zeal of the Mayor, Thomas Reakes, Esq., aided by his son James, who gratuitously superintended the whole arrangements”.

Secondly, the Duke of Wellington death at Walmer Castle where, as Lord Warden of the Cinque Ports, the Duke spent a lot of time and it was here that he died on the 14 September 1852. Surgeon Hulke, who lived on Lower Street, was called to the castle in the morning, but later that day the Duke’s health declined further, passing away at 3.25 pm.

For two months, while his state funeral was planned, the Duke lay in the room that he had died in. When plans for the State Funeral were finalised in November, Thomas requested that the Duke, before his removal to London, could be laid in state at Walmer Castle so the townspeople could pay their respects. Thomas was honoured, with other Mayors of the Cinque Ports and their Limbs, to be granted a seat at The Duke’s funeral held at St. Pauls on 18 November 1852.

On May 23 1857, Thomas’ wife, Mary died in Epsom. As Harriet, their daughter, says she is living in Epson when she marries John Reynolds Hammond in  December 1857 it is possible that Mary was visiting her at the time.

Thomas continued to run the Academy with his son, James Edward, as an assistant schoolmaster and during one of his lessons, while admonishing a misbehaving boy, James Edward suffered a fit.
By 1861 Thomas has retired from teaching and is living with his daughter Harriet and her family. James Edward by this time has decided teaching isn’t for him and he moves to Croydon where he becomes a Railway Clerk. He dies there in May 1889 just a few months before Thomas who died on 4 July at 129 Beach Street, Deal. The inscription on his headstone simply says-
To the Memory of Thomas Reaks, of Alfred House,
who died 4 July 1889 aged 89 years 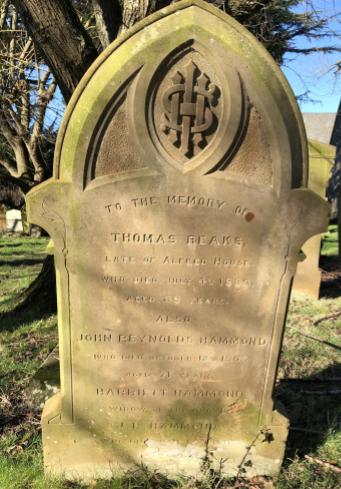 His daughter Harriet and her husband John Reynold Hammond were later buried with him in Hamilton Road Cemetery.

Selina, Countess of Huntingdon was an English religious leader who played a prominent part in the Methodist movement in England and Wales, playing a major role in financing and guiding early Methodism. Lady Huntingdon built many Methodist chapels across the country, collectively known as her ‘Connexion’

Sources and further reading:
History of Deal by Stephen Pritchard
Newspaper image © The British Library Board. All rights reserved.
With thanks to The British Newspaper Archive (www.britishnewspaperarchive.co.uk)
With thanks to ©Illustrated London News Ltd/Mary Evans Picture Library